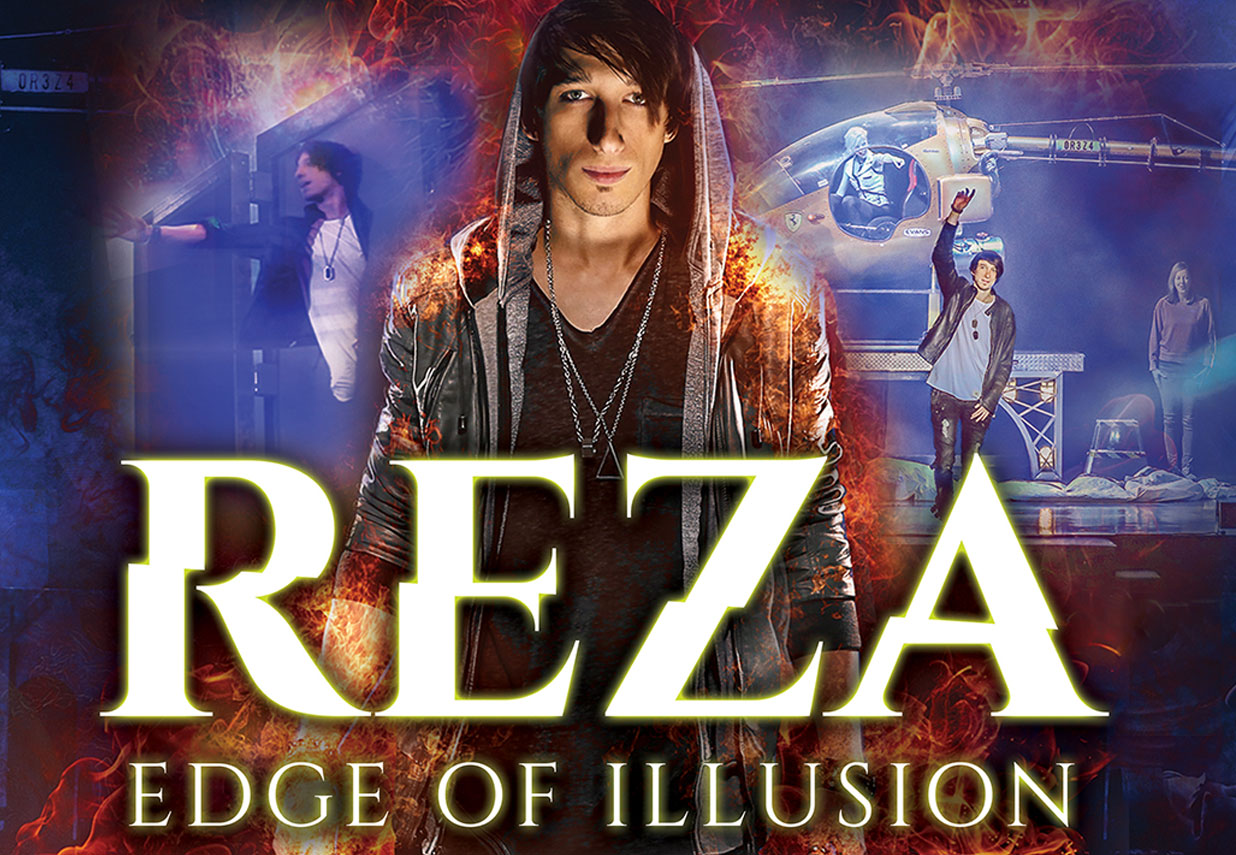 Show this coupon and save at Reza Edge of Illusion in Branson!

Nonstop thrills and unparalleled excitement await at Reza Edge of Illusion. Renowned illusionist Reza has performed for more than 30 million people worldwide. He’s known for the large scale of his stunning magic illusions and for his dynamic stage presence. He’s been invited on dozens of TV shows and called “the world’s top tour illusionist.” Reza is a true stage veteran who has been performing since the age of 7. Audiences love his infectious energy and his awesome rapport with his on-stage assistants.

At Edge of Illusion in Branson, you’ll be treated to a performance packed with comedy, magic moments, and stunning mega illusions. Reza takes magic to a new level with both up-close and large-scale illusions that are truly unique. After all, this is a family-friendly show designed to let visitors experience the magic for themselves. Reza takes the action into the audience, so there are plenty of opportunities to be wowed by magic up close and personal. The interactive elements of the show make the experience all the more lively and memorable. It’s no wonder that Reza’s Edge of Illusion is often considered the top magic show in Branson, MO.

True to the Branson spirit, Edge of Illusion is also packed with dynamic stage effects and upbeat music. Reza is joined on stage by talented assistants who bring even more energy to the production. A born performer, Reza amazes with his fast-paced performance and upbeat personality. If you’re a Branson veteran, you might recognize him from the Revollusionists show he headlined for several years with a group of four other amazing magicians. Reza considers Branson his home stage, and his love of the city and its visitors is apparent at every performance.

No votes so far! Be the first to rate.