Show this coupon and save at Legends in Concert in Branson! Tap coupon to enlarge. 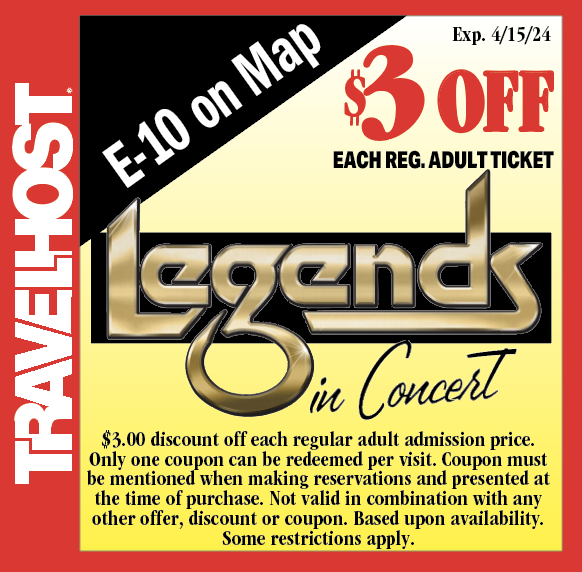 Now playing at the iconic Dick Clark American Bandstand Theater, this world famous live tribute show features an amazing cast of all-star entertainers assembled on one stage. Proclaimed by the International Press Association as the “Show of Shows” and “Show of the Year”, featuring “Entertainers of the Year”, Legends in Concert dazzles men, women, and children alike with entertainment that the whole family will enjoy. Using authentic costumes and their own natural voices, the Legends in Concert cast captures the very essence of the stars they re-create with such emotion and attention to detail – you have to see it to believe it!

You can see a variety of your favorite stars from yesterday and today in a show that changes the lineup four times a year! See tribute performances by such stars as The Four Tops, Johnny Cash, Michael Jackson, Elton John, The Blues Brothers™, Adele, Garth Brooks, Elvis and many more! For more information, call 417-339-3003 or visit www.legendsinconcert.com.

No votes so far! Be the first to rate.